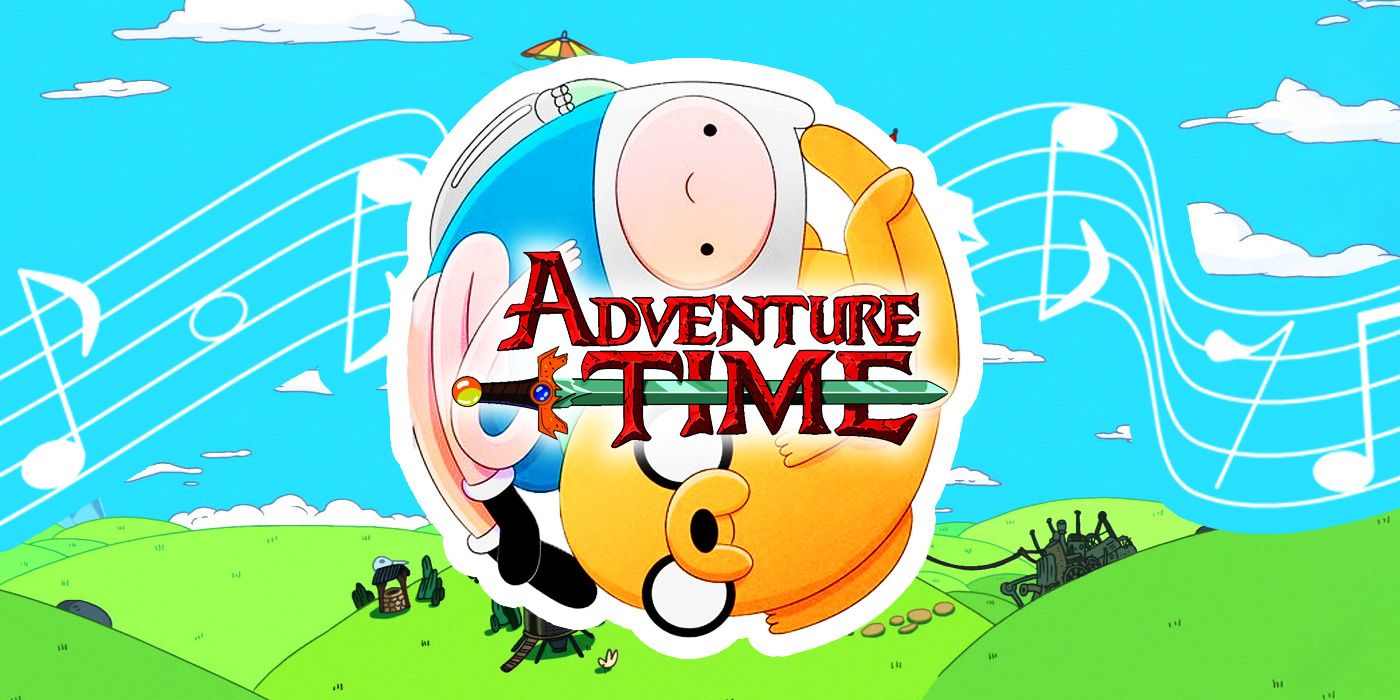 Why music is important in Adventure Time

The end of Neighborhood Pendletonhit show, adventure time, finds a moment of beauty in chaos through song. As one of Golb’s monsters is about to attack, BMO accidentally knocks the monster away through the song “Time Adventure”. Princess Bubblegum then realizes that “Golb is discord, is harmony, harmony hurts them”. So, the group joins and sings together, temporarily slowing Golb’s forces. The moment puts every song, most of them written by Rebecca Sugarfrom Adventure Time cannon in a new light. Yes, the show has made a handful of musically phenomenal songs worth remembering, but the series is best known for psychedelic locations, major monsters, and a growth journey for its characters in a post-nuclear war version of the Earth. But “Time Adventure” shows both a growth towards more thoughtful songs and recognizes that each song in the series creates harmony, community and friendship within the group, short and sweet hits like “Bacon Pancakes” to thoughtful duets like “I Remember You”. .”

RELATED: The 10 Best ‘Adventure Time’ Couples, Ranked From Least To Most Romantic

“Time Adventure” is one of the longest songs in the series. The short length of each episode – typically 11 minutes – leaves little room for longer songs. As such, much of the music listed is just characters riffing together. Jake’s famous song “Bacon Pancakes” is simply Jake singing while he makes bacon pancakes. “Condiment Rainbow” in Season 2 is produced more like a number in a musical, but it’s simply Finn and Jake getting their house ready for Lady Rainicorn’s family. And then there’s all the times Finn and Jake sing freestyle — like “Baby” in Season 1 — or rap together at the start of an episode. A lot of these early season songs are sung and then come to a quick end as Finn and Jake prepare for this week’s challenge. In hindsight, the songs play an important role in establishing the relationships between the characters and their personalities. Jake sings “Bacon Pancakes” on his own, but it still fits his calm, relaxed persona who enjoys humming a tune while cooking. “Baby” and “Condiment Rainbow” show Finn and Jake’s brotherhood, whether they’re walking together or helping each other.

Marceline’s song “Fries” functions as both a freestyle song while letting her guard down. She even tells Finn that the song is “really personal” as she vocally reminisces about a time when her father, Hunson Abadeer, the ruler of the Nightosphere, carelessly steals his fries. Marceline may not yet feel comfortable telling her life story to a friend who is relatively new to Finn. However, she can express herself in song with a number about stolen fries and her troubled relationship with her father. Finn later plays the song to Hunson and hearing it convinces him to stop sucking all the souls out of the Land of Ooo and tell Marceline he loves her. Music is a connective tissue that allows Marceline both to express her truth and to build the beginnings of a bond with her father. The two have their struggles throughout the show, but meeting is a brief glimpse into what their relationship could look like, and it started because Marceline expressed herself through song.

This is far from the first time that Marceline has used music to express her emotional baggage. She reveals her conflicted need to reconcile with Princess Bubblegum in the song “I’m Just Your Problem”. Finn, Jake, Bubblegum, and Marceline try to open an enchanted door to retrieve their stolen beloved items, so Marceline takes the lead and enters this issue once PB says her lyrics are “too nasty.” She criticizes Bubblegum for wanting to be treated like she’s “perfect” and making her feel like an “inconvenience” and yet she still wants to apologize and be with her anyway. The series reveals how these two decades-old women have bonded and seen the court fractured over the years, and this is the first time Marceline has addressed this truth. Fittingly, the door only opens with a song about the truth and Marceline almost opens it until she stops dead in her tracks as she’s not quite ready to completely forgive Bubblegum .

Like “Fries”, Marceline uses the song to discuss her truth in the situation with Bubblegum and to explain herself in a way she cannot speak. Afterwards, Finn does the same regarding his feelings for Bubblegum with “My Best Friends In The World” admitting that he lost a piece of Bubblegum’s hair he kept and asks him “What am I for. you? / Am I kidding, your knight, or your brother? and he asks the band to play music together and open the door. Finn both expresses himself through song as did Marceline, but brought the band together with their music and airing her grievances helped them bond because they were honest. The music gave them that outlet and, like the short songs earlier in the show, brought them together. helped to get closer.

Marceline’s most famous songs on the show are the two that are closest to her past in “I Remember You” and “Everything Stays”. With “Remember You”, Marceline begins to sing the old messages Simon gave her from the start of the war before Simon became the Ice King. The Ice King doesn’t remember who he was, but Marceline is able to sing through her tears and rediscover some semblance of the father-daughter bond the two shared during Marcy’s formative years as a child. singing together. Again, using music to connect across generations. “Everything Stays” is a lullaby Marceline’s mother used to sing to her as a child to help her sleep. Following the events of the Stakes series, the song serves as a moment of reflection on the Vampire Queen’s sense of self. Fittingly, the song’s lyrics hum a relaxing melody about finding something lost in a garden “where you left it” faded but with a “lighter” underside, just like her mother did. sang years ago.

Marceline has always questioned her identity as the daughter of a soul-sucking demon and a human, in addition to being a vampire. The lyrics of the song here through a different lens show her beginning to come to terms with these changes. Even though she has grown up and moved to different places and met new people, Marceline is still herself and she is in control of how she grows emotionally as time passes and the world around her evolves. The simple yet complex lyrics fit the character, as someone around 100 still needs time to come to grips with their sense of self and relationships, but they at least see that they are comfortable in his skin.

This song isn’t as connective as some other songs, but “Everything Stays” fits as a therapeutic number for Marceline to revisit her sense of self. Like “Best Friends in the World”, “Fries” and “Best Friends in the World”, “Everything Stays” captures a character achieving realization through song and accepting that. Not to mention a montage plays on the changing candy kingdom, with Princess Bubblegum fixing a broken peppermint butler among Ooo footage showing how the kingdom has changed and grown with a quick shot of child Marcy with her mother. Yes, Marceline is alone when she sings it this time, but after an event where she completely trusts her closest friends to help her come to terms with her past. It serves Marceline to breathe after a marathon of fighting and self-reflection, but the footage shows she is still connected to both her past and her present among her friends.

The music in adventure time shaped much of the series’ tonal and existential vibes from start to finish. Even with many fast-hitting songs, Sugar and the songwriting team helped build an identity for the show through its community-driven music and character building as well as its weirdness. And then the show ends with “Time Adventure,” bringing the majority of the cast together singing about the friendship that exists across space and different times and how their bond will persist even when a “good thing ends.” “. BMO and the team’s lyrics hit viewers who grew up with these characters harder than the on-screen monsters. It is a testament to the beautiful songs that will “come, come, come” among those who remember this world.

From Jake the Dog in ‘Adventure Time’ to Bender in ‘Futurama,’ here are John DiMaggio’s best performances

Patrick Gunn is a television and film feature writer for Collider. He has also written for Davler Media and 247Sports. You can hear his thoughts on the New York Yankees on the Bronx Beat podcast. He graduated from Syracuse University and enjoys spending time with his friends and family.