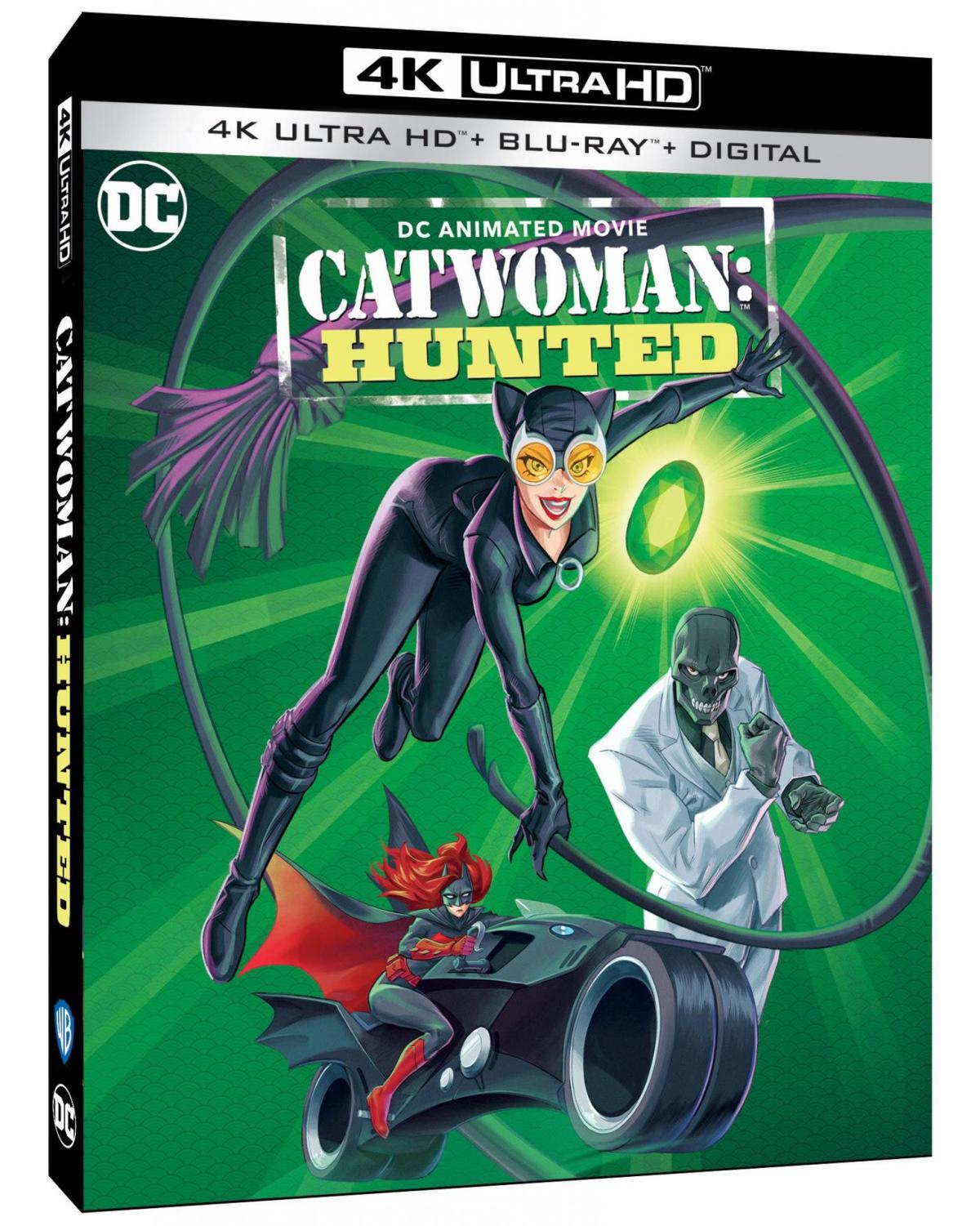 The HUNTED clip shows a cat and a bat fighting together

After more than 30 direct-to-video movies, DC Comics and Warner Bros. Animation is finally giving Selina Kyle her own movie. Coming in February on Blu-ray and 4K Ultra HD, Catwoman: Hunted sees the fatal feline in an anime-inspired adventure. In this new original feature, Catwoman’s attempt to steal a priceless gem puts her squarely in the crosshairs of a powerful consortium of villains. Not to mention several Interpol agents. And for an added headache, Batwoman is also looking for Catwoman.

You can watch an excerpt from the next Catwoman: Hunted animated adventure, as well as a preview of the cover art, here:

Other voice talents include Keith David (The thing) like Tobias Whale and Zehra Fazal (young justice) like Talia al Ghul and Nosferata. Jonathan Frakes (Star Trek: The Next Generation) plays both King Faraday and Boss Moxie. And Kirby Howell-Baptiste (The right place) plays another feline criminal, Barbara Minerva/the Cheetah. Kelly Hu (X2: X-Men United) voices the assassin named Cheshire. It is not yet known if Batman will show up. But where the cat is involved, the bat soon follows.

This movie comes with several cool special features including Catwoman: The Feline Femme Fatale. This documentary covers the character’s eight-decade history. And as most Gotham City fans know, Selina Kyle has already had nine lives. And maybe 90 costumes to accompany those lives! When the hunter becomes the hunted is another exclusive special feature, which takes a look at the backstories of the various villains who are looking for Miss Kyle.

Afraid to buy now, pay the next goal later