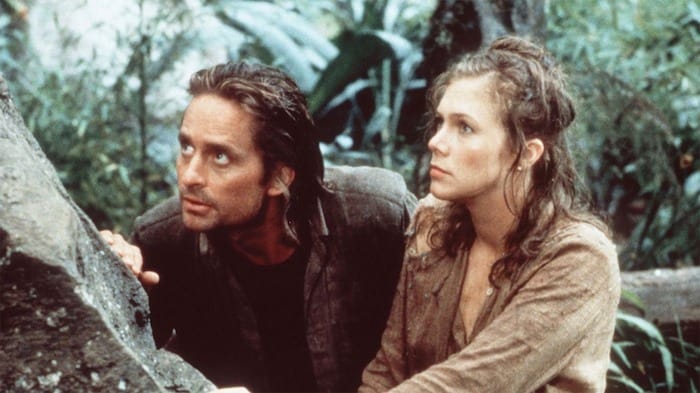 The five best adventure films of the 80s

From the ’80s to the’ 90s, there were countless numbers of action and adventure films released and all of them were noteworthy in some ways. Yes, even the ones that people thought were horrible had redeeming qualities if you look just right. This list is about the best overall, however, not just those who broke box office records, and not just those who were considered the best by fans. To be the best means that you have managed to entertain people beyond the capacity of the initial release and have become a legend among moviegoers around the world or at least in the region where the film was released. This means that you have managed to impress enough people that your legacy will endure and be remembered to future generations as well as those who were present when the film was released. So, it might not be the best of the best according to some, but if this list had been made to feature ALL of the best of the ’80s, it would have been much, much longer. That being said, these are the movies we’re still talking about today, or at least a few of them.

It’s hard, if not impossible, to deny that these films haven’t touched a lot of people since their release.

Inspiration strikes in the strangest and sometimes most dangerous ways as Joan sets out to find her captured sister and ends up finding the man of her dreams. The adventures they share aren’t entirely safe or even enjoyable, but at the end of the story, she finds her storybook ending, and then she and her new beau leave. It’s an ending worthy of a romance novel and quite honestly it’s a romance that stuck with a lot of people just like the rest of the movie. You might find more people born in the ’60s and’ 70s talking about this one, but largely because they were old enough to really get down to it when the movie was released.

A lot of us were raised in movies like Willow. We may not have understood absolutely everything that was going on, but it was still a thrill ride from start to finish. Willow Ufgood’s determination and steadfast nature and Madmartigan’s insane but eerily convincing madness created a very different duo who weren’t quite even when it came to being good as a team, but they managed to entertain a lot of people. In D&D terms, you’ve got the hapless halfling trying to be a wizard and you’ve got the crazy but useful human fighter who intends to prove his worth and do the right thing, in a way.

This movie is as devoted as anyone and anyone who dares to say that they haven’t seen The Goonies or professes that they don’t care has a tendency to become the villain. While this is not a good practice, it is the right of the individual and those who love the movie have just as much a right to see it as a good time and a great movie from our childhood. After all, a lot of kids wanted to embark on this kind of adventure in order to find wealth beyond their imagination at some point. In fact, many children tried to find One-Eyed Willie after this movie was released, only to find out later that the ship was built in the studio and not on site. Oh the ruin of childhood, if you will allow it anyway.

So let’s just say the first one is and is the movie that will never be replaced or forgotten. This one was the action the movie needed and the escalation to the story that few people even dared imagine. Some might say that there are a lot of plot holes in this story between the first and the second movie, but in truth those who say this tend to have less of the imagination to fill in the gaps and have to constantly be guided by the nose. . This movie was simply action-packed and offered a wide range of thrills and thrills that kept even skeptics from jumping out of their seats on occasion.

Right now your eyes may have gone wide and your nostrils may have widened wondering how that made it into the top spot or even made the list. Kurt Russell in the 80s was awesome. The only reason this movie would have beaten its performance in Escape from New York is simple: It was both funny and action-packed. It was a really long list of stereotypical behaviors and representations, but given that it tried to draw inspiration from fable as well as reality, it was a pleasant mix of the two that made it one of the films. the most watched since the date of its release until now. .

Count no adventure movies from the 80s, there are just too many to easily forget.