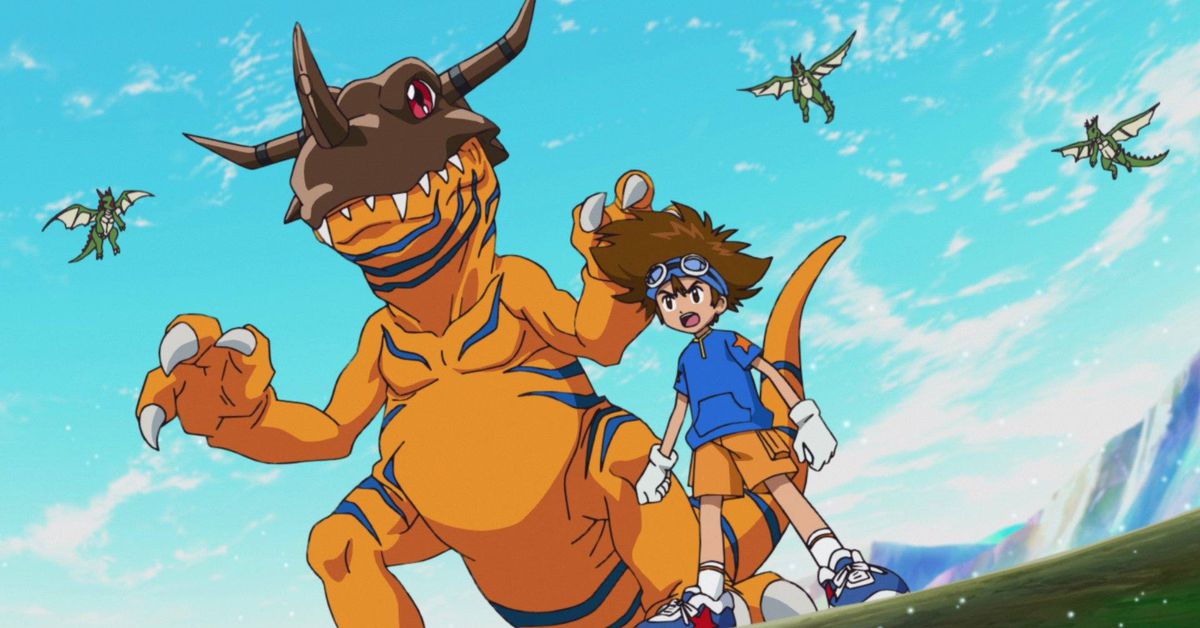 The Digimon 2020 adventure: the anime finally tells its own story

The first episodes of Digimon Adventure:, the new reboot of the series which debuted in April 2020, felt wildly rushed. Most of the early actions take place in an indescribable digital space, and the Digimon companions of the initial characters have gone through their evolutions as if they were sidelining them. On top of that, the stakes – saving Tokyo from a nuclear missile barrage – seemed ridiculously high. Thankfully, as the season progressed, the series settled into a less hectic pace, unrolling a cohesive story over the episodes rather than trying to do it all at once. But with the change of pace comes its own set of shortcomings.

In the third episode of the series, young protagonist Tai is thrown into the digital world, which fans of the original 1999 anime should find familiar. It’s a lush landscape populated by Digimon, a stark contrast to the blue blocks that make up the environment of the first two episodes. As Tai, Matt, and Izzy are joined by Sora, Joe, and Mimi, reuniting the show’s six regulars, the show changes gears, adopting a pace that feels procedural. Each new episode introduces a new Digimon evolution. As soon as each main Digimon has reached the same level, the cycle begins again.

The repetitive nature of the episodes is slightly exacerbated by the way the series recycles the Digivolution animations. The practice is understandable – creating an original animation takes time, and the sequences complement the running time of a given episode – but seeing the same sequence over and over again quickly becomes repetitive (a complaint from the 1999 series, or l ‘anime in general, is not exempt from). Rather than feeling retro, it feels like filler, and the habit is especially frustrating given the seemingly arbitrary rules about when the main characters can and cannot digivolve, as they often go into great fights without evolve, putting themselves at a disadvantage, only for the action to stall when they are forced to evolve.

In addition, the Digivolutions indicate the priorities of the show. Tai and Matt’s companions, Agumon and Gabumon, see their Digivolutions play out consistently throughout the animation sequence, emphasizing the show’s focus on the two boys, while the other Digimon, despite having received some fancy animations the first time they hit a new Digivolution, are sometimes ignored. As a result, the team dynamic is still a bit lopsided, especially as the group has been split, leaving Matt and Tai together while everyone is again grouped into a side group.

At least the plot keeps moving forward, featuring the old and the new Digimon and slowly unrolling a totally different story from the 1999 show it reboots. The totally new events that the anime chronicles help to make it feel fresh, even though the main cast remains the same. The stakes don’t seem any less ridiculous, but the gradual explanation of the connection between real-world events and the digital realm at least makes them feel more developed.

The feeling of stepping into new territory also gives fans a reason to keep watching, even when the show’s pace starts to feel too much like cruising through the levels of a video game. Eighteen episodes in the series, the quest to find a group of â€œHoly Digimonâ€ (which differs from previously introduced Digimon mythology) barely began, as the protagonists were too busy trying to save Tokyo from complete closure. But the promise that the characters will now be entirely devoted to the investigation of the Holy Digimon promises something a little more involved and rewarding for fans of the franchise, and the renewed attention to this aspect of the series is a reason. enough to stay tuned.

Overall the show has improved. The frenetic pace, which was the biggest issue in the first two episodes, has slowed down, with more time to explain what’s going on instead of relying on existing viewers. Digimon awareness. The main characters might be the same, but the 18 episodes so far have left enough room to get to know each of them a bit before exploring something new. But the series has yet to achieve a comfortable balance between its characters, and it could use a bit of upheaval in its routine episode structure. Given that the first season was announced to have 66 episodes, there is plenty of time to iron out these issues.

Digimon Adventure: is streaming on Crunchyroll.

Among Us gets a perfect JoJo’s bizarre adventure anime adaptation