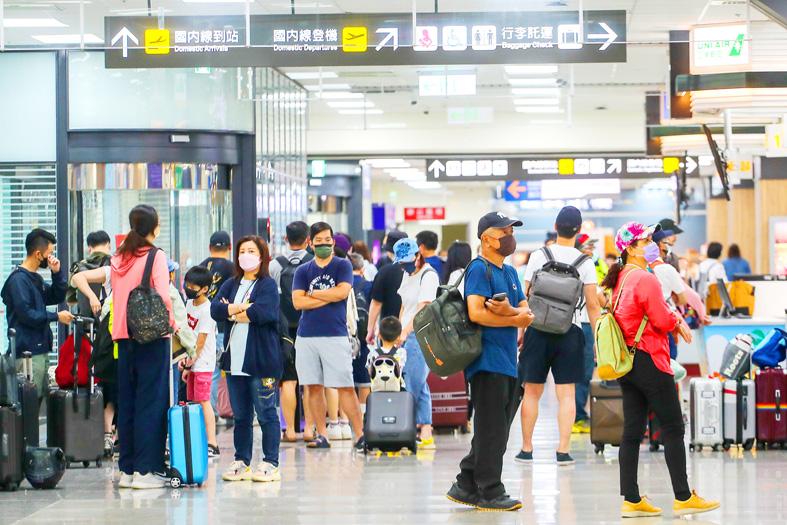 Nearly 60 percent of Taiwanese would travel abroad despite higher travel costs and about 80 percent would likely accept an increase in travel costs of up to 25 percent, a survey by MasterCard Taiwan (萬事達) revealed yesterday.

Eleven percent of respondents said they would refrain from traveling abroad given rising travel costs and 23 percent said they would travel domestically within the next year due to the COVID-19 situation and border control measures to curb the spread of the disease, the survey showed.

Japan was the most popular overseas destination, followed by South Korea, Southeast Asia and Europe, it showed.

Regardless of age, Taiwanese have become less interested in joining group tours and instead seek to travel alone or with friends, according to the survey.

People between the ages of 20 and 30 are less interested in group tours than other age groups, he showed.

The survey showed that people are paying more attention to social distancing than before the pandemic.

It showed that 58% would prefer direct flights or traveling in their own vehicle, while 36% preferred self-catering to shared accommodation.

Comments will be moderated. Keep comments relevant to the article. Remarks containing abusive and obscene language, personal attacks of any kind or promotion will be removed and the user banned. The final decision will be at the discretion of The Taipei Times.