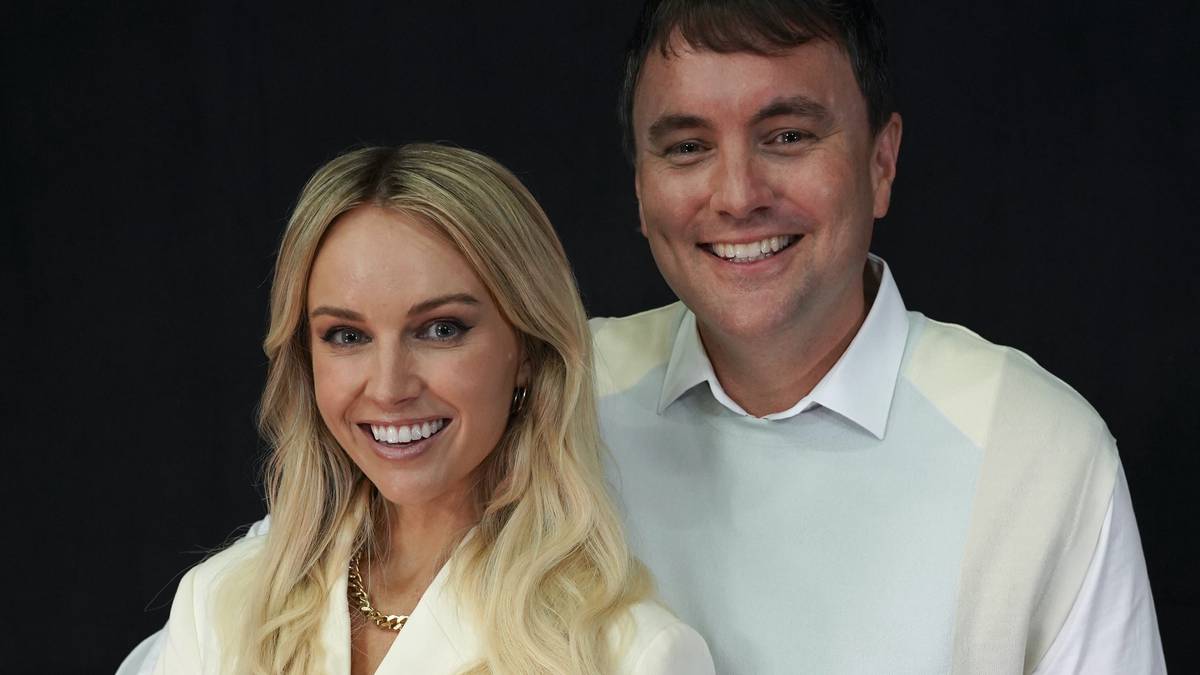 Snack Masters NZ is a cooking challenge show and we think an exceptional hosting duo may be forming with Snapchat king Tom Sainsbury and comedy starlet Kim Crossman.

In each episode, they will oversee two well-known chefs, who will compete to create perfect replicas of one of New Zealand’s most beloved snacks.

Spy can reveal that the pair have become best of friends since being chosen as hosts, even embarking on a skydiving adventure together over the holidays.

Sainsbury, 39, who has become a familiar face on television over the past two years and who will host the virtual New Zealand Television Awards next month, says he has been a huge Crossman fan for years and that it is a dream to work with her.

Crossman, 31, who is as busy in Hollywood as she is at home, recently returned from Los Angeles and has already filmed an episode for The Brokenwood Mysteries, as well as movie star interviews for The Project. She says it’s a dream to work with Sainsbury’s.
“I cried tears of joy when I booked this job,” Crossman says.

“It’s been a goal of mine for a long time to present a big format show like this, and to have the opportunity to work not just with Tom, but with accomplished chefs and of course some of my favorite snacks. It was like I won the job lottery.”

The couple have just started filming and say they feel they are doing something special with lots of laughs, heart and delicious food. Sainsbury says the ride so far is proving exciting with the mix of quintessential Kiwi favourites.

“I’m a fan of all snacks, but my favorite would, let’s face it, make Rachel Hunter proud.”

TVNZ 2’s second new show is 60 Seconds, a talent show where contestants have one minute to impress talent scouts who have made an offer to join their team. Throughout the competition, contestants have a chance to win a share of $200,000, with the winner ultimately decided by the public and taking out $30,000.

ZM’s Clint Roberts hosts and is joined by comedians Pax Assadi and Laura Daniel and radio host Tegan Yorwarth as scouts who do whatever they can to score their team’s talent.

The show was recently filmed at the SkyCity Theatre, with performers from across New Zealand working strictly within all Covid protocols. Some, it is said, had breathtaking talent.

Roberts says his three scouts are super competitive, so much so that as a host it was like herding cats.

“Scouts offer life-changing sums of money for talent and make it as hard as possible for me to keep them under control,” Roberts says.

Assadi thinks he and his fellow scouts are brimming with charm.

“This show has the three key ingredients you need for an amazing talent hunt. Pumped audiences, amazing talent, and sexy talent scouts.”