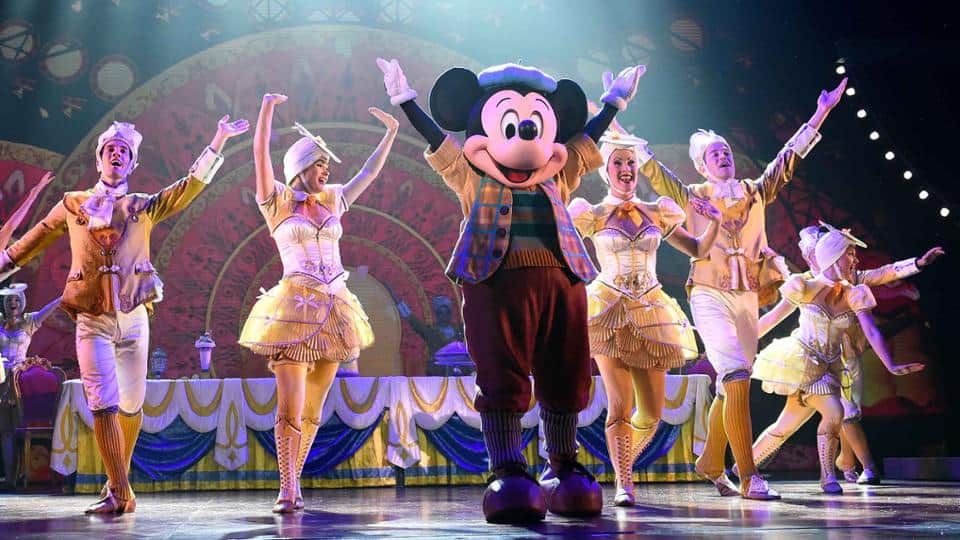 If you plan to visit this Disney Park in the coming months, be aware that several shows will be unavailable.

The Disney Junior Dream Factory will be unavailable from September 12 to October 7, 2022. The show takes place at the Production Courtyard at Walt Disney Studios Park.

The Disneyland Paris website describes this entertainment offer as follows:

Welcome to the place where dreams become magic

It’s up to you and some very special Disney Characters to work together and unleash the magic of song and dance to get the machines moving again!

Times and languages ​​available on site.

The Lion King: Rhythms of the Pride Lands Show

The Lion King: Rhythms of the Pride Lands show will be unavailable from September 19 to November 10, 2022. This show takes place at the Frontierland Theater, Disneyland Paris’ largest theater stage, equipped with impressive 360° audio technology.

Answer the call of the savannah!

Relive iconic moments from the movie The Lion King in this show exclusive to Disneyland Paris, already popular with thousands of spectators! ​Anyone with a valid Disneyland Park ticket can access this show, but places are limited.

Dancers, acrobats and singers bring back the musical enchantment of this classic Disney animation.

Frozen: A Musical Invitation will be unavailable from November 14 to December 16, 2022. This entertainment offering inspired by the hit Disney movie Frozen (2013) takes place at the Animation Celebration in Walt Disney Studios Park and is a stand-up experience.

The Disneyland Paris website describes this entertainment offer as follows:

Get ready to unleash your inner magic on an enchanting Frozen journey that takes you to Kristoff’s barn. Along the way, you’ll join Sven and Kristoff for a rendition of a classic reindeer tribute, master Anna’s magical dance moves in time to surprise Elsa in her ice palace during a cheerful rendition of Let It Go. There’s even the chance to see Olaf in this heartwarming adventure for the whole family.

This show is very popular and seating is limited, so please arrive early to ensure entry!

Mickey and the magician show

The Mickey and the Magician show will not be available from January 9 through February 24, 2023. This beloved offering returned as part of the park’s 30th anniversary celebrations and is currently taking place at the Animagic Theater at Walt Disney Studios Park.

Our 30th anniversary festivities continue with the return of Mickey and the Magician! Anyone with a valid Walt Disney Studios Park ticket can access this show, but places are limited.

Follow Mickey as he learns the “tricks” of his trade with magical Disney characters such as Genie from Aladdin, Lumiere from Beauty and the Beast and Rafiki from The Lion King.

Again, Disneyland Paris specifies that these entertainment offers will be temporarily unavailable due to scheduled breaks for each production and invites Visitors to take advantage of the other entertainment offers available at the Park, such as Disney Stars on Parade or Disney Illuminations.

Find out more about Disneyland Paris

Disneyland Paris is currently in the early stages of construction of a huge Frozen-an inspired expansion that will take guests to the magical land of Arendelle to experience their own “Into the Unknown” adventure. You can read more about the development of Disneyland Paris’ World of Frozen here. This Frozen-The theme land is part of a multi-year expansion plan for the Parisian park, which began with Avengers Campus, a land inspired by the Marvel Cinematic Universe now open to visitors.

At Avengers Campus, recruits can join forces with some of Earth’s Mightiest Heroes and experience their own Marvel adventure. Customers can explore the Avengers Campus’ various dining offerings, such as Stark Factory and PYM Kitchen, as well as heroic new attractions such as Spider-Man WEB Adventure and Avengers Assemble: Flight Force, where customers can encounter Iron Man as the one of the most advanced animatronics at Disney Parks around the world.

Have you ever visited Disneyland Paris? Let us know in the comments below!