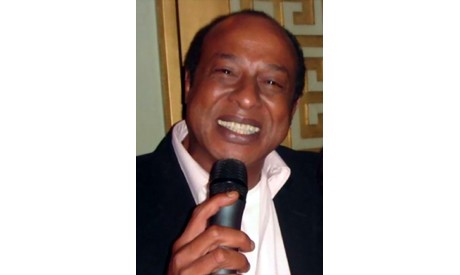 Born in Alexandria in 1955, Talaat Zein moved to Cairo in the mid-1970s. He shared an apartment with a singer from the Bell Boys, one of the popular Egyptian bands of the 1970s. global influence and many young musicians in Egypt formed bands performing covers as well as original compositions.

Zein’s interest in music started early. What held him together and strengthened him was his friendship with the members of the Bell Boys group. One of the BellBoys, Mounir Nassif, has warm memories of him etched in his mind. “He was a lovely person and a very good singer. He didn’t sing with us, however, as he soon joined Les Petits Chats,” Nassif refers to the early days of Zein’s singing career in Maybe the best-known Egyptian group of the 1970s, whose members included famous tenor Sobhi Bedair, composer Omar Khairat, actor Ezzat Abu Ouf as well as Wagdi Francis, Omar Khorshed and Sadek Kellini.

Zein joined the band after Bidair and Kellini left. At the time, Les Petits Chats was hugely popular in Egypt and the Middle East, and it quickly brought his voice to center stage. In the 1960s and 1970s, in addition to popular interest in Arabic music, many sought out Western sounds. They found them in Les Petits Chats, Black Coats, the Bell Boys and other groups, in which the singers were able to flourish and gain popularity. For many years, Zein remained faithful to the Western repertoire and its influence. In addition to Les Petits Chats, Zein has also performed solo or as a duo, on stage and in the bars of Cairo.

Singer Mazher Abdel Moneim met Zein in the early 1970s. “His unique voice and great stage presence made him the biggest Western singing star in Egypt. I hadn’t seen such talent until now,” he recalls. “We played together for three years, in the mid-1980s. It was a wonderful experience to sing with such a remarkable person who was at the same time very humble. He found his way into people’s hearts effortlessly.

Kamal Emile, guitarist and composer, was among Zein’s closest friends. “Before coming to Cairo, we both lived in Alexandria, where we met. We were attached to the musical field but our professional paths as musicians did not meet until the end of 1999.” Emile and Zein played together for ten years in various places in Cairo, as a trio.

The 1980s brought a significant decline in interest in Western music, affecting the visibility of musicians loyal to this style. “The musical culture of our generation has been shaped by different influences present in our time. We got older and new trends started to emerge, pushing back the music we represented. At some point in the 1980s, there was a slight return to Western music, but in small bands. Many outlets could no longer offer space for large groups; that’s why musicians started to depend on solo performances or playing in duos or trios,” explains Emile how, in order to stay visible, Zein started looking for a different art form.

In 1995, appearance of Zein in the Arabic song Raga’in (We Return), one of Amr Diab’s popular hits, brought him closer to the expectations of a market dominated by Arabic pop music. Zein himself justified this move as a response to changed public expectations. “If you want to earn your bread, you have to give people what they want to hear,” Zein remarked in a 2003 interview. Still, he never tires of saying he sings for fun and to please. to the public.

“Zein’s choice to appear in the clip was partly due to the encouragement of Ezzat Abu Ouf, his friend from Les Petits Chats, who plays the piano in the same clip, and on the other hand it was an opportunity that could bring him visibility as an artist”, comments Emile. As expected, Raga’in gave a boost to Zein’s career.

In the late 1990s, Zein began appearing in minor but distinctive roles in Egyptian films. Among his first and most important roles was that of Anwar Sadat, the former president of Egypt, in the biopic titled Gamal Abdel Nasser (1998). In 2001 he starred in African, a comedy adventure set in a safari park in South Africa, followed by appearances in films such as: Qalb Garee’ (Brave Heart, 2003), Ezzai Tikhali El Banat Tihibak (How to let girls love you, 2003), Ahlam Omrena (Dreams of Our Age, 2005), Mateegi Norcos (Shall we dance, 2006), El-shayatin: El-Awdah (The Return of the Devils, 2008).

Emile sees Zein’s acting as a mutually beneficial process – for the singer and for Egyptian cinema. “The movies gained a significant artist while Zein found a new outlet for his artistic expression. At the same time, it brought him more audiences and fans.

Zein has recorded four albums which include many original songs, in Western style as well as later Arabic styles. Zein also added some covers, well-known international hits with Arabic words such as the Arabic version of Macarena. “Many covers sung by Zein, whether in English or Arabic, had his specific personal signature and many audiences were eager to hear them performed by Zein, ranking it as their favorite version,” Emile recalls.

Talaat Zein is not only known as a great voice and actor in a handful of Egyptian films. His love for people and the friendships he developed throughout his life are alive in the hundreds of people who knew him. As Nassif and Abdel Moneim note, Emile emphasizes Zein’s charisma. “Life wasn’t always easy for Zein, but he was a great fighter. He blazed his own path to success and in doing so he always remained humble. His contagious laugh, his sense of humor and the endless great stories he told brought people closer to him.Throughout his years he kept all his relationships with people warm and vibrant and many will remember him fondly.

Zein’s health problems began in 2009 and by December his condition was deteriorating, despite treatment in Egypt and the UK. He is survived by a wife and two sons, as well as thousands of artists and spectators who loved him dearly as a musician and man of soul.