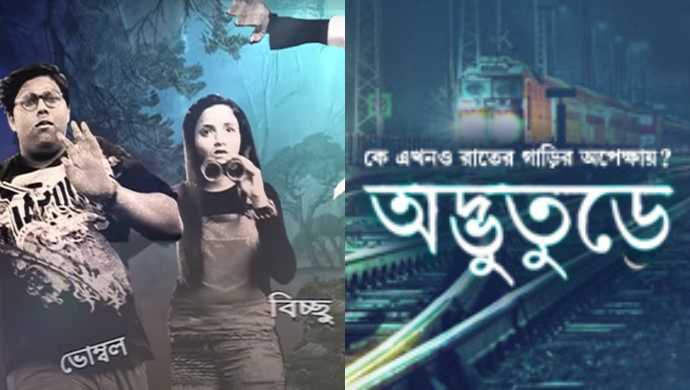 Pandab Goenda is the last adventure show to launch on ZEE5. Based on the classic literary series by author Sasthipada Chattopadhyay, this new Zee Bangla TV show is a modern adaptation of the story of five young friends called Babloo, Bilu, Bhombol, Bachchu and Bichchu. They are brilliant detectives who solve many mysterious cases and have a great time doing it. Here are some other adventure shows in Bengali that you will also enjoy watching.

Watch the first episode of Pandab Goenda below:

Adbhuture is a thrilling Bengali TV series where each episode tells a different scary story. All of them are extremely suspenseful and will keep you hooked on the screen! Some stories will also surprise you: not all ghosts are malicious after all! If you like the adrenaline rush that comes with a good horror or adventure show, you have to watch it.

Bagh Bondi Khela is an adventure show with a supernatural touch. Raya (played by Ishani Das) thinks that all the women in her family are cursed. Legend has it that if they marry, great misfortune will happen to them. However, she soon meets Siddhartha (played by Rubel Das), who is determined to make her overcome this fear. They end up getting married and going on a trip to the Sunderbans for their honeymoon. This is when things go wrong and Raya is forced to accept the fact that the curse is real!

Chander Buri O Magicman is an all-time favorite animated show. It may have been aimed at children, but audiences of all ages appreciate it for its exciting and heartwarming side. The show is based on the fictional character Chanderburi, an old lady with mysterious powers, who has answers to every conceivable question. She knows how the world was 5000 years ago and how it will be in the future! She tells the most magical stories, so charming that you are sure to get lost in them.

Which of these adventure shows did you enjoy the most? Tell us in the comments below!

Find out what’s happening in the popular Bengali series Phirki only on ZEE5.

Bharath and Jeshly celebrate their 7th wedding anniversary: ​​for love and adventure