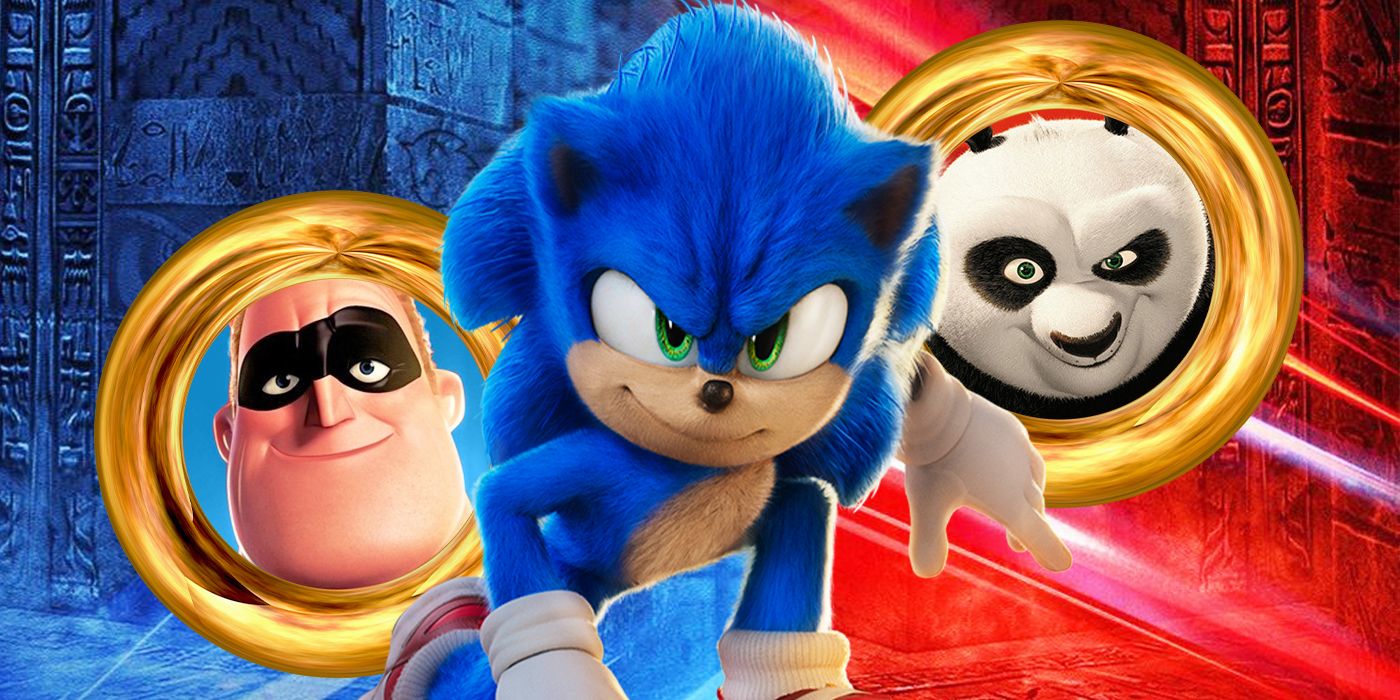 What makes a good family movie? Drama, comedy, action? How about all that plus a helping of cuteness? Not that you can’t watch a serious movie with the whole family and have a great time, a generous dose of laughter makes the movie exciting. To like sonic the hedgehog 2.

A sequel to 2020 sonic the hedgehogthe 2022 film sees the return of the cute, speedy blue creature with double the energy as its adventures continue with new characters and storylines. sonic the hedgehog 2 follows the supersonic hedgehog once again preventing his nemesis, Dr. Robotnik, from destroying the Earth. This time around, Sonic teams up with his old friend, Tails, while his mustachioed adversary finds an unlikely ally in Knuckles.

If the first film was a huge success, sonic the hedgehog 2 broke all sorts of box office records and became a bigger hit than its predecessor. And that’s not because of its production value but also because the film (as well as its predecessor) is entertaining in every way. There’s a bit of drama, comedy, thrill, mystery, and not to mention plenty of high-speed action. In other words, sonic the hedgehog 2 is a great family movie. If you’re looking for more such movies to watch, here are our favorite picks you’ll enjoy with the whole family.

What better movie to watch as a family than a movie about a family of superheroes? The Incredibles follows the parents of former superheroes, Mr. Incredible and Elastigirl, and their three children. After the superheroes are forced to retire into civilian life, the couple begin living as Bob and Helen Parr. Bored with the mundane suburban lifestyle, Bob secretly undertakes missions. When he gets into trouble with a former fan-turned-supervillain, his wife and three kids assume their superhero identities and embark on a mission to save Bob.

Speaking of families, here’s another one. Although a little misfit and brought together by strange circumstances, Gru, Margo, Edith and Agnes’ family are some of the most adorable we’ve seen in animation. Gru (Steve Carell) is a criminal mastermind who adopts three orphans as pawns to plan the greatest heist in the history of human civilization. Gru, with the help of his little yellow minions, plans to steal a retractable ray gun from his rival, so he can shrink and steal the Moon. But things get emotional and complicated as the girls grow attached to him and begin to see him as the father they never had.

A spin-off from Despicable Me, Minions tells the story of Gru’s band of friends. The cute, yellow creatures have roamed the Earth for millions of years, seeking a master from time to time. Because they can’t function without it. This film follows the minions on an adventure to find their new master and finally, at the end of the film, they meet Gru. Their stories continue with a young Gru as the new master in an upcoming sequel, Minions: The Rise of Gru.

Cloudy with a chance of meatballs

If food could literally fall from the sky, no one would ever go hungry, would they? Unless it turns into a storm and starts destroying the world. Based on the eponymous children’s book by Judi Barrette and Ron Barrett, Cloudy with a chance of meatballs presents the voices of Bill Hader, Anna Faris, James Caan, Andy Samberg, Bruce Campbell, Mr T, Benjamin Bratteand Neil Patrick Harris as main characters.

The plot follows Flint Lockwood, an aspiring inventor who invents a machine that can turn into food. Living in a town that survives on sardines, Flint thinks his machine could feed people properly. But the machine acquires its own intelligence and unleashes food storms. Flint and Samantha, his lover and weather reporter, must together save the world from the gigantic food falling from the sky.

It’s one of the best motivational movies ever made in animation. It’s heartwarming, super fun, and makes you fall in love with Jack Black (once again).

kung fu panda is the story of the adorable panda Po. He works in a noodle shop with his adoptive father, a goose, but dreams of fighting with the Furious Five kung fu masters. Po is accidentally selected as the mighty Dragon Warrior, who must battle the evil Tai Lung and save the Valley of Peace. The problem? Po knows nothing about kung fu and now that his destiny is decided, he must learn everything to be able to fulfill his prophecy.

The multi-award-winning film has blossomed into a hit franchise with two sequels, three spin-off TV series, video games, shorts and other holiday specials.

Related: ‘Sonic the Hedgehog 2’ Mid-Credits Scene Explained: Who Is This New Hedgehog?

Can a super villain become a hero? you have to watch Megamind find out if they do it and how. The plot follows an intelligent alien, who is also a super villain called Megamind. He becomes depressed after defeating his nemesis, Metro Man, and can’t find a purpose. So he creates a new superhero from Metro Man’s DNA, so he can fight him again. But there is a small problem in the new hero. Instead of a superhero, he turns out to be a villain, far more dangerous than Megamind could have dreamed of being. So the big-brained supervillain must shed his villain persona and become a hero to stop his new nemesis.

Megamind features Will Ferrell, Tina Fey, Jonah Hill, david’s crossand brad pitt expressing the dynamic batch of characters. Although the film was overshadowed by other popular titles released the same year, the film has since found popularity as one of the most underrated titles in DreamWorks Animation’s library.

This monster comedy flick is a shining star in Pixar’s portfolio of the 2000s. A tale of lovable (and funny) monsters and an even cuter toddler, Monsters Inc. tells the story of best friends James P. “Sulley” Sullivan and Mike Wazowski. They work at Monsters Inc. in Monstropolis and are known as the most fearsome monsters in the organization. Their world lives by the principle that human children are toxic. This is why they frighten children and harvest their cries. One day, a little human girl accidentally sneaks into the factory and meets Sulley and Mike. They must bring her back to her world at all costs but as they succeed, Sulley begins to grow too attached to her.

Released in 2001, Monster Inc. was one of the first animated films to be nominated for Best Animated Feature at the Oscars and won the Oscar for Best Original Song with “If I Didn’t Have You” which also won a Grammys.

‘Sonic the Hedgehog 2’ Ending Explained: What’s Next for the Blue Blur?

Maddie is a freelance resource writer at Collider. She is also a content marketing consultant and works with lifestyle brands. When she’s not working, Maddie is often found cooking, improvising on recipes and managing her new Instagram shop.