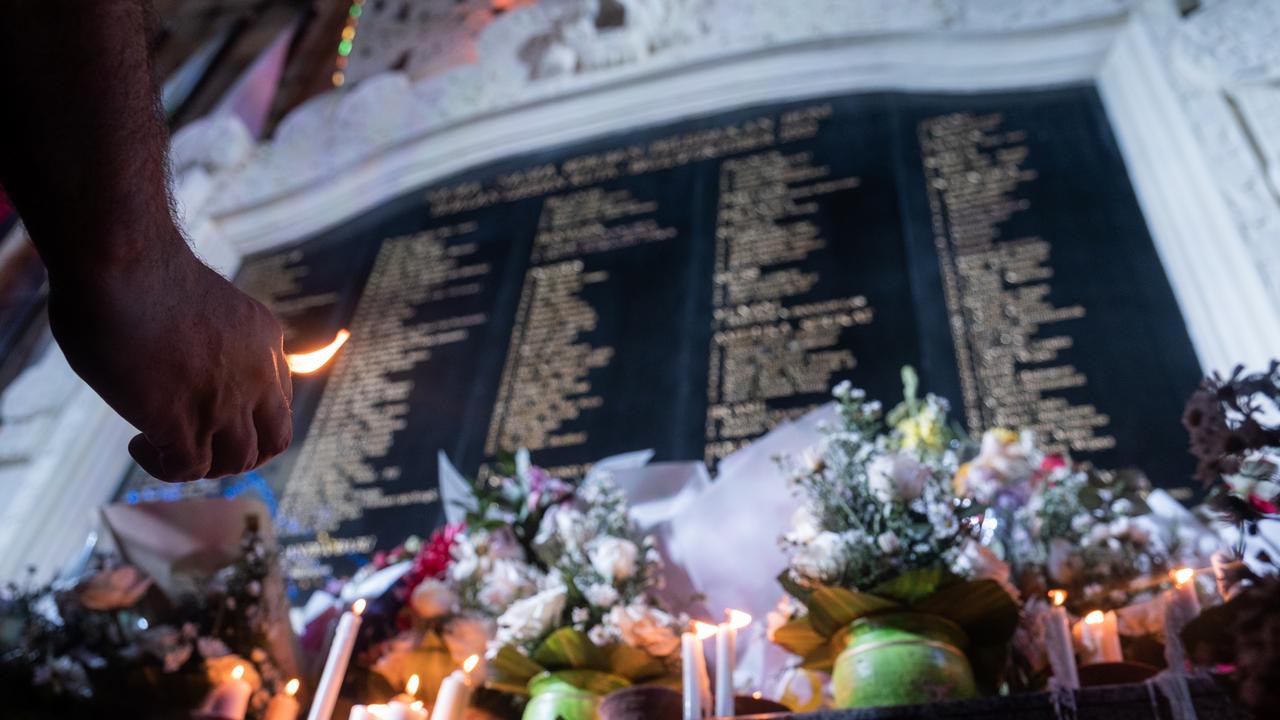 A man who lost five friends in the tragic Bali bombings has raged over the decision to show footage of the bombers and the attacks at a 20-year memorial service.

Jan Laczynski was at the site of the Kuta attack on Wednesday night ahead of what he expected would be a fitting and tasteful tribute to the 202 people, including 88 Australians, who were killed in the suicide bombings of 2002.

Instead, he was horrified when a video featuring Umar Patek, who was convicted for assembling the explosive devices used, the other suicide bombers and the attacks was released.

Five of Mr. Laczynski’s friends were killed at the Sari Club the night of the attacks. He only survived because he left early after misreading his plane ticket.

He hasn’t ‘slept’ since the video was released at the memorial service on Wednesday night.

“We expected a minute of silence when we arrived at 11:05 p.m., the time when these terrorist attacks happened in Bali 20 years ago last night,” Mr Laczynski told 2GB on Thursday.

“But instead we had Umar Patek, there he was, smiling, raising flags. All the Bali bombers were parading. You had the actual bomb footage happening on screen.

Patek, who was sentenced to 20 years behind bars in 2012, is expected to be released from prison soon for “good behavior”.

Mr Laczynski said the event should have been about the 202 people who lost their lives instead of showing the “traumatic” scenes.

“The focus should have been on them… not parading Umar Patek and other terrorists as heroes and showing the actual footage of the bombs going off and the fire and the aftermath was right. I just don’t get it,” he told the Today show on Thursday.

“All events were perfect until about 11pm last night when they chose to show these terrorists parading.

“It made no sense and to show people coming out of the Sari Club with their burns, it was just traumatic to watch that.

“I had no idea this was going to happen.”

Mr Laczynski said he and others left the service because the footage was so confrontational.

“When I saw this happening, I actually walked away from the Sari Club area because I just didn’t want to see this,” he said.

“I saw a few girls and other people running around, crying. They were in tears seeing this, it was very traumatic and it made no sense.

Mr Laczynski said he did not know who organized the ceremony or why they chose to show the video.

A spokesman for Australia’s Department of Foreign Affairs and Trade said the government was “deeply disappointed” with the decision.

“The Australian Government’s aim for the anniversary was to honor the lives of victims and the courage and resilience shown by survivors and their families during our day services in Bali, Canberra and at events across the country,” they said.

“The Australian government was not involved in the organization of the evening in Bali. We are deeply disappointed by the decisions taken by the organizers. We will formally register our concerns with the Indonesian authorities.

“We understand the distress this has caused and are ready to offer assistance to any Australians who may need it.”

Wednesday night’s service was held at the Ground Zero monument in Kuta, while numerous events took place across Australia.

A service was held at Coogee Beach in Sydney where Australian Prime Minister Anthony Albanese condemned the “architects of the massacre” who orchestrated the terror attack which killed more Australians than any other such event.

Paul Yeo spoke at the Coogee memorial, paying tribute to his brother Gerard, a member of the Coogee Dolphins rugby league club who was killed that night along with five of his teammates.

Mr Yeo said Gerard had only recently moved to Coogee from Dubbo in the NSW region before setting off on a trip to Bali.

“We thought what better way to bring a young person into the community? To play a football match,” Mr. Yeo said.

Mr Yeo recalled the time he called his father to inform him that “things weren’t going well for his boy” in Bali.

“The silence followed, it was broken,” Mr Yeo said.

He had decided not to attend the club’s annual year-end trip to Bali as his first child was due shortly thereafter.

Dave Byron, who lost his 15-year-old daughter, Chloe, in the bombings, gave the closing speech.

“I woke up this morning and honestly just felt like death,” he said.

“I got in the car, drove around Bondi three times, stopped and I see you all.

“And you are what makes my heart swell.”