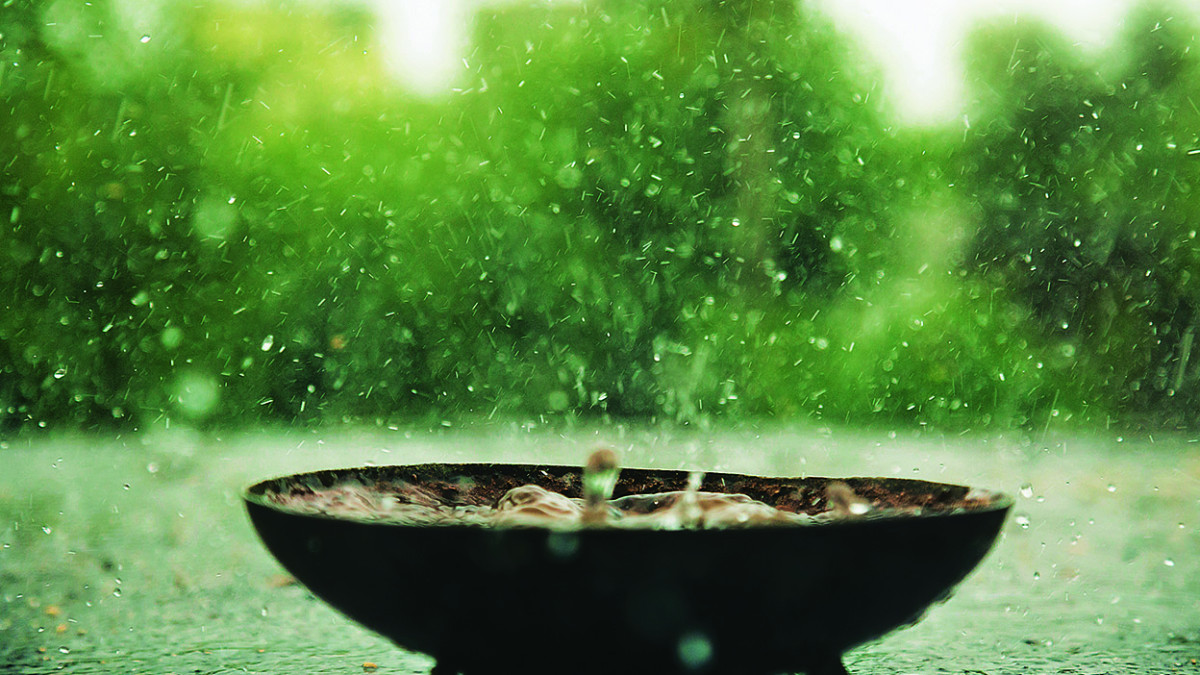 Very close to the city famous for its bird sanctuary is the magnificent Deeg Palace built by the Jat rulers of Bharatpur in the mid-18th century. These rulers had gained independence from the Mughals and were establishing themselves as an important political force. Bharatpur is in the Braj region, and the rulers were devotees of Lord Krishna. The palace garden, which has large water reservoirs and fountains (now defunct) was designed to replicate the monsoon all year round. And in the middle is a large stone arch taken from the palace of Shah Jahan in Agra, and installed by the rulers of Bharatpur to be used as a monsoon swing or jhoola. The jhoola genre has a special place in the field of semi-classical Indian music, and brings with it a musical cadence, a swing. This form borrows from folk music and is usually sung during the monsoon.

There was a time when young girls and women indulged in jhoola, tied to tree branches, putting aside their daily chores, in a sense of surrender, peace and joy with the cool breeze kissing their faces, as it traced its arc through the air. It made them feel like they were reaching for the sky, like a soft adventure sport. If we were to compare it to a more popular activity these days, that might be how paragliding tourists feel in Bir Billing. A lot of jhoola repertoire also brought camaraderie between women, a space for sakhis (friends), for musical jokes with pleasant themes where the departed lover is fondly remembered. Or the beautiful ambua (mango tree) from where it hangs, or the start of the monsoon with the kaare badra (dark clouds) or even summoning an auspicious aura that would become the song.

In the semi-classical North Indian repertoire, subgenres such as Kajri and Chaitilargely from the Awadh and Benares-Mirzapur regions, are sung seasonally—Kajris during the monsoon and Chaiti during the month of chait, around March-April. If the origin of several of these forms lies in the desi (or folk) of the so-called region purab (eastern UP and Bihar) – the court singers of Wajid Ali Shah sang their desi kajris horis and dadras– but they entered the realm of margi by bringing in Raagdari around the middle of the 18th century. However, it would be correct to say that they have not quite lost their desi flavor.

In India, the monsoon is not just another season, it is a cultural phenomenon. It is of unparalleled historical significance in the world of Indian music. Music scholar Katherine Butler Schofield suggests that the word “monsoon” itself comes from a Portuguese corruption of the Arabic word mausam or season. It is vitally important because the monsoon rains – intense, heavy, hot downpours – cool and replenish the overheated land and make it fertile. Indian agriculture and the supply of fresh water are largely dependent on the rainy season, and the monsoon itself has determined over the centuries what kinds of crops are grown and where, what kind of food is eaten and how. If the monsoon comes as expected, there will be a bountiful harvest and money in people’s pockets; if it is strong, there will be flooding, damage and loss of life; but if it is weak and scanty, there will be famine, riot and death. It is therefore inextricably linked to life and society.

In the agricultural cycle, the rainy season is the period when agricultural activity is slowest, making it the ideal time for wives to spend a few months with their birth family. In his book Digging up genderSmita Jassal suggests that women’s lack of autonomy appears to be the key since this leave, more likely to be understood as a “time to play”, must be negotiated in an effective and strategic way, as evidenced by the spirit of coax and cajole into the Kajri women sing. The songs are light and deceptively simple, but offer an unexpected window into the contexts in which women must negotiate their free time. A Kajri from the agricultural fields of the UP, takes place as follows:

(It’s rainy season, my love, kajri season
To frolic in the rain I go to my birthplace, play Kajri I go.

When you go, my queen, to play Kajri, be sure to leave your forehead adornment on the bed…). The song lists different types of jewelry, an important marker of marriage, and this rejection of feminine jewelry perhaps metaphorically suggests a brief liberation from women’s primary roles, which are characterized by submission and duty.

The monsoon is not just another season, it is a cultural phenomenon. It is of unparalleled historical significance in the world of Indian music.

Even within the classical realm there is subversive, witty, satirical, and sometimes even witty subtext. As the thumrithe Kajri and the jhoola are also characterized by an emphasis on emotional expression that is generally absent from other major genres. There are deep and instinctive connections between the anticipation of the rains and their arrival, and their emotional resonances of longing for love and fulfillment. Schofield historically makes the connection between the monsoon and music. Certain natural signs of the rainy season, especially migrating and breeding birds, have become particularly intense signifiers in poetry, art and music of these cyclical emotions of longing, fulfillment and romance.viraha and sringara.

Hundreds of songs have been written about the onset of the monsoon, with its dark clouds, rolling thunder, lightning, crackling raindrops and the fresh smell of damp earth – replete with the imagery of the daadur, mor and papiha singing her love songs, and a young woman sending messages to her husband via the dark clouds to return home; the whole atmosphere is robust with emotions of love and longing. Siddheshwari Devi’s interpretation of Suhagan barasat kaahe nahi re or the Barsan laagi saawan bundiya, sung by legend Vidushi Girija Devi. Or who can forget Begum Akhtar Chha rahi kaali ghata; it all evokes layers of feelings at once.

Again, the world of Malhars in the realm of khayal is huge. The Malhar group of raag constitutes a major branch of the Hindustani current. These melodies also have an intimate association with the seasonal and rustic elements of the earth and have become firmly entrenched in the musical palates of newcomers and connoisseurs alike. One could feel totally imbued with the variety of Malhars—On, Nat, Ramdasi, Gaud, Chhaya and Megh, to name a few. The notes and glides in the raag almost seem to merge with the threatening clouds and stormy thunder, creating the idea of ​​a vast expanse, a cradle of intensity and sensuality all at once. The book Raga Malhar Darshan by Dr. Geeta Banerjee is a detailed and very enjoyable account of the varieties of Malhars and bandit.

Undoubtedly, one of the most enjoyable aspects of North Indian music is how it adapts to different occasions – seasons, festivals, rituals, celebrations. For many of us “boomers”, or Gen Xers, unlike millennials or Gen Zers, there’s a lot to feel about this music, embodied memories that exist in these affective microcosms. A more sophisticated, more emotional and richer experience than perhaps in a smash hit like Sawan me lag gayi aag!

(The opinions expressed are personal.)

(This appeared in the print edition as “Drenched in Music”)