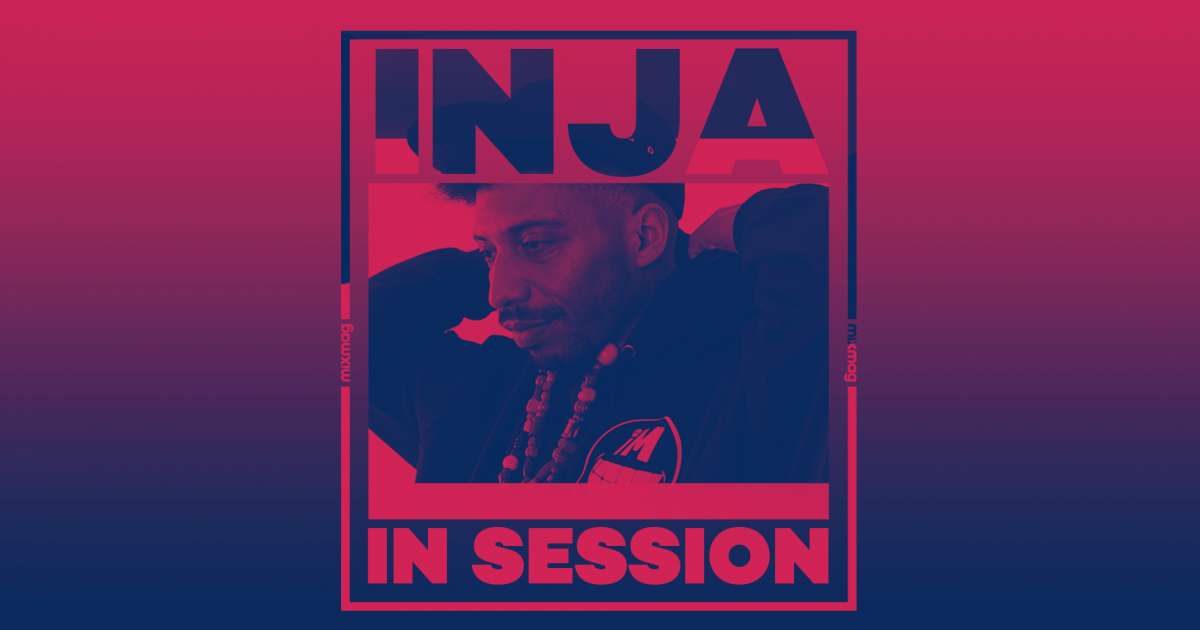 You defend yourself as a human before being an MC, DJ or producer – what does this mean for you?

Wow, it’s something like having the free will to express your feelings and emotions and that we have the chance to connect with each other.

How was the This Is Inja Show born?

As it stands, I’m still trying to find my feet. It was an idea that came to me when I was in New Zealand – but the person I was supposed to do it with had problems with their visa. But I decided to go. It just started to go, I was blending in more and more, and then here we are. It’s great to be able to be an MC and put my words and measurements to what the DJs are playing, but it’s great to put it on shows with songs that I like and songs that I can personally gauge with the public. It’s good! I like something that challenges me, not that just hosting other DJ’s sets doesn’t challenge me, but I like doing my own mixes and having my own show.

‘Funktown Riddim’ was a hit, it exposes the lies of the British government – tell us the story of the track.

I was playing with production tracks and playing with sounds, and I was doing it for a while and falling asleep. In my half-sleep state, the words just started coming to me! It was at that weird stage right around Christmas time where we didn’t know if we would have New Years or not, and at the time it felt like they might take it away. There was so much frustration with the government, there was so much pent up anger, and I felt like not only myself, but other people were telling me the same thing. The big story at the time was obviously the Partygate story, so it came from a place where we wanted to call them about it. Like at the end of the day they weren’t doing what they were supposed to and you’re supposed to lead by example. It was like kicking all our teeth. I put the vocal on the beat and sent it to my management, they seemed eager to get it out and that was it.

Where did he go from there?

Well, I asked someone to help me with the mixing and mastering, and we made a video for that! The video is amazing, it was really hilarious. And as much as [the government] can piss us off, we have to be able to do it somehow!

What were you hoping people would take away from tracks like this?

As serious as the world can be and as hard as it can be, music is liberation and it should be about fun and enjoyment. You can have serious music, but you can also have music that makes you laugh. I hope this just makes you want to dance and let loose. It was a feeling that many people shared. I felt it had to be said, so I said it.

Much of your MCing is somewhat emotionally and politically charged, is that intentional?

I don’t know, because you can walk into a room and you can feel a vibe of how people move and how they express themselves. I want to tap into that feeling and make them feel like they’re not alone and that their struggles, whatever they may be, are heard.

I try to spread positivity, but when it comes to speaking out against bigotry or talking about social issues like mental health, I like people to feel like they’re not the only ones have these thoughts. The music is ultra inclusive, we include everyone and no one needs to be left out. I want to make sure you’re okay and that you’re heard.

Protest songs go back centuries, probably millennia! It’s a great way for people to come together and feel like they’re not alone in how they’re feeling. Telling stories through music and words has been here long before all of us.

Music has been a therapy area for me, being able to write has always helped me. It’s about taking scenarios out of your own head and putting them on paper. Whether to do it anywhere or just crumpled, that’s the process. Being in a crowd and listening to music is therapeutic for me, I love being near a sound system and being near a big subwoofer and absorbing the frequencies it creates. It shakes your soul! It can be an escape or it can be a grounding and make you realize that you are in your own body.

There was this show I did in this college town, Loughborough, a few weeks ago. I haven’t felt my best or mentally at my best for the past few months, but being on stage for this show was amazing. People got along well with the music and people sang songs with me. I said something like “you all are giving me life right now”, something about playing and sharing music is an amazing feeling.

As MC, how do you determine the atmosphere in the room?

It’s really just a feeling! I can’t describe it, I’m hypersensitive and hyperemotional, absorbing and feeling a lot. I can understand what other people are feeling quite easily. You can sense when something is good, bad or missing. Part of my job is to fill in the gaps and fill in the gaps. When I MCing, I am the vessel or almost the conductor between the DJ and the public.

What role do you think MCs should play within the scene?

We are given large crowds, and sometimes we see that people in those crowds feel lost. We should help give them the escape above all else. Sometimes life gets a little too busy, and sometimes the best way to drown it out is to literally stand next to a speaker! We have a cheat code and we can help them forget and relieve them. In the end, we can unite.

Read this next: Goldie: “People never prop up drum ‘n’ bass for what it’s done for electronic music”

What are you expecting for the future?

I can’t wait to be in England during the summer and to do festivals! Tickets sell out left, right and center, the lines are crazy. And although I like to travel the world, no one parties like us! Everyone celebrates in their own way, but the way we do it, the lines, the intensity, the feelings that go with it – it’s so exciting. I love big hospitality festivals and I love big dance music festivals!

I love seeing people support the label, and I really hope people continue to support it throughout the year.

Tell us about the mix:

First of all, thank you very much for being involved and giving me the pleasure of providing you with a mix. I thought I’d come with some of what people like and a lot of unreleased music for it. I’ve had a lot of fun performing my “This Is Inja” sets around the world over the past year. It gave me the opportunity to test a lot of new music that I’m sitting on. So I decided to up the ante and give you a little slice of the latest tracks I have stored. Hope you enjoy!