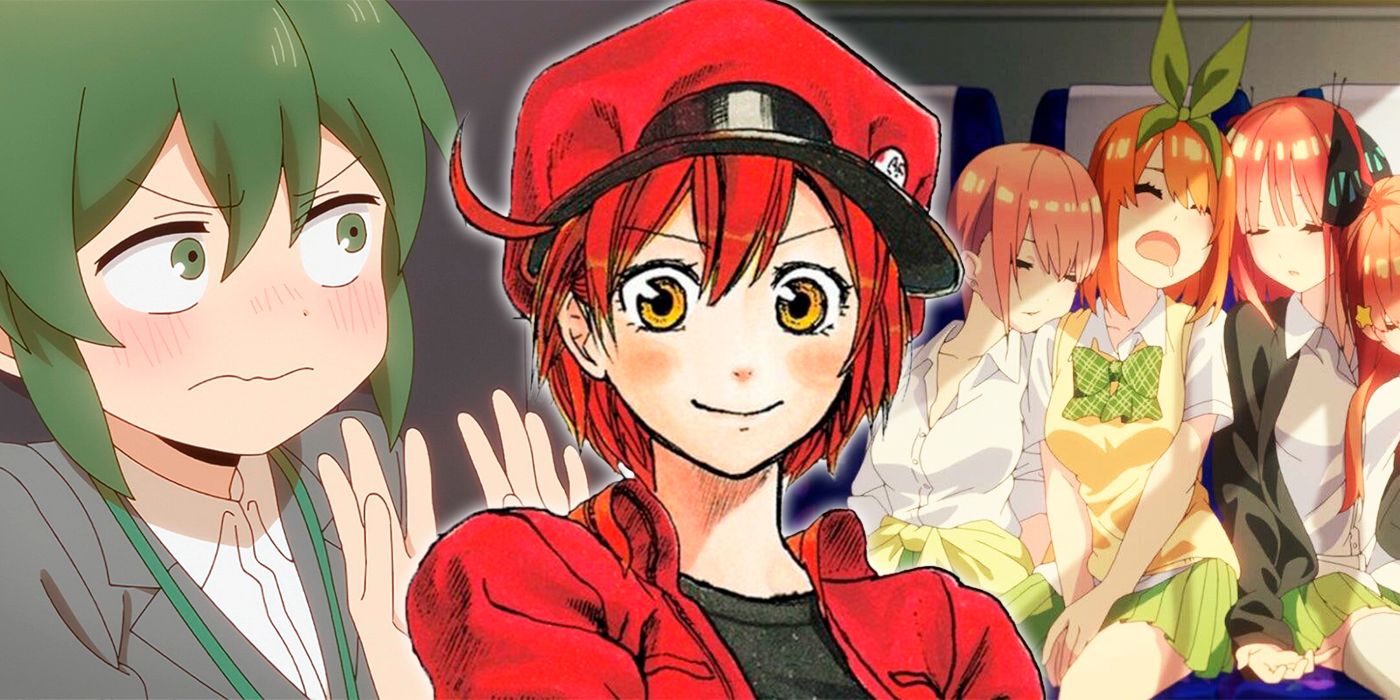 The anime is known for its thrilling J-rock and J-pop credits, but the show’s main cast will sometimes handle the vocals themselves.

The world of Japanese anime is known for many things, from its lovable tsundere characters to its amusing use of space hammer, as well as its catchy music for the opening and credits. Often, anime studios choose J-rock and J-pop theme songs for the credits, and JoJo’s Bizarre Adventure once even used “Walk Like an Egyptian” by The Bangles.

However, in niche cases, an anime studio will not reach mainstream artists. Instead, songs will be created with the show’s own voice actors. Often these credits songs are sung from the perspective of the main characters, which can make the credits music much more personal and heartfelt for the characters and the viewers.

The Quintessential Quintuplets is a popular and surprisingly deep and wholesome harem anime series featuring Futaro Uesugi and the five identical Nakano sisters, all of whom need Futaro’s help to pass their tests. The five sisters are all very close to each other, especially after losing their mother, but they also compete to see who can win Futaro’s heart.

Most of the credits for both seasons of this anime are sung by the voice actresses of the five Nakano sisters, with lyrics from their perspective. This may be the case for the next Quintuplets movie too. These credits include “Quintuplet Feelings” and “Gotobun no Katachi”. However, the end credits song of the first season was performed by Aya Uchida.

Cells in action! is a beloved “edutainment” anime series with a variety of manga and anime spin-offs, including dark ones Cells at Work: Code NOIR. This novelty anime reimagines the human body as a massive city in which uniformed cells of all kinds work hard to keep the body functioning, from red blood cells carrying oxygen canisters to white blood cells killing bacteria and neurons at home. ‘stage.

A place further than the universe has a bittersweet ending song

A place beyond the universe could be considered an edutainment anime, exploring the subject of expeditions to the South Pole. Three of the four main characters travel to the coldest continent in the world for adventure, but the fourth, Shirase, has lost her mother there in a blizzard and is determined to uncover the truth about what her destiny may have been. .

A place beyond the universe is famous for its stunning visuals, unique premise, charming humor and touch of drama, making it a memorable watch, especially when the four lead actresses sing the end credits song, “Koko Kara, Koko Kara” . It’s a bittersweet, catchy song to listen to after a freezing day at the South Pole.

My Senpai is boring is a josei anime show with one season currently to its name, and it tells the story of small but tough Igarashi Futaba and her quest to become a great office worker and impress her huge colleague, the kind but loud Harumi Takeda . Futaba sometimes finds his condescending attitude annoying, but the two make a great team and they care about each other when they need a little help.

The anime’s ending credits music is standard shojo/josei fare, “The Story Across the Rainbow”, while the opening song features four prominent actors from the series, including those of Igarashi Futaba and the kind Sakurai Toko. The opening song is “Annoying! San-San Week!”, a lively and upbeat tune to get viewers excited for each episode’s romantic office shenanigans.

Zombie Land Saga is all about idols

The Zombie Country Saga is a humorous yet serious take on the idol anime genre, featuring four girls who are already dead and come back to life as zombies. Luckily, their vocal cords haven’t rotted away, and Sakura and her six new idol friends must form Saga Prefecture’s biggest idol group and help put their struggling prefecture back on the map as an icon of pop culture no matter what.

They form an idol group called Franchouchou, named after a sneeze, and the seven actresses perform the four credits of the two seasons of this anime. The seven characters and voice actors are all on point with these thrilling tunes, and if they can sing well on stage, Saga Prefecture is in good hands after all. Their songs include “Adabana Necromancy” and “O Saga, Cry With Me”, among others.

KEEP READING: Symphogear’s Musical Message Is Exactly What We Need To Hear

What’s up with all the anime girls puking rainbows?

Louis Kemner has been a fan of Japanese animation since 1997, when he discovered Pokémon and Dragon Ball Z in elementary school. Now, he’s a bigger anime/manga fan than ever and is ready to share what he knows with readers around the world. He graduated from high school in 2009 and earned his bachelor’s degree in creative writing from UMKC in 2013, then put his skills to work in 2019 with CBR.com. He is always on the lookout for a wonderful new anime to watch or a manga series to read. You can reach him at lkemner2000@yahoo.com.

Afraid to buy now, pay the next goal later