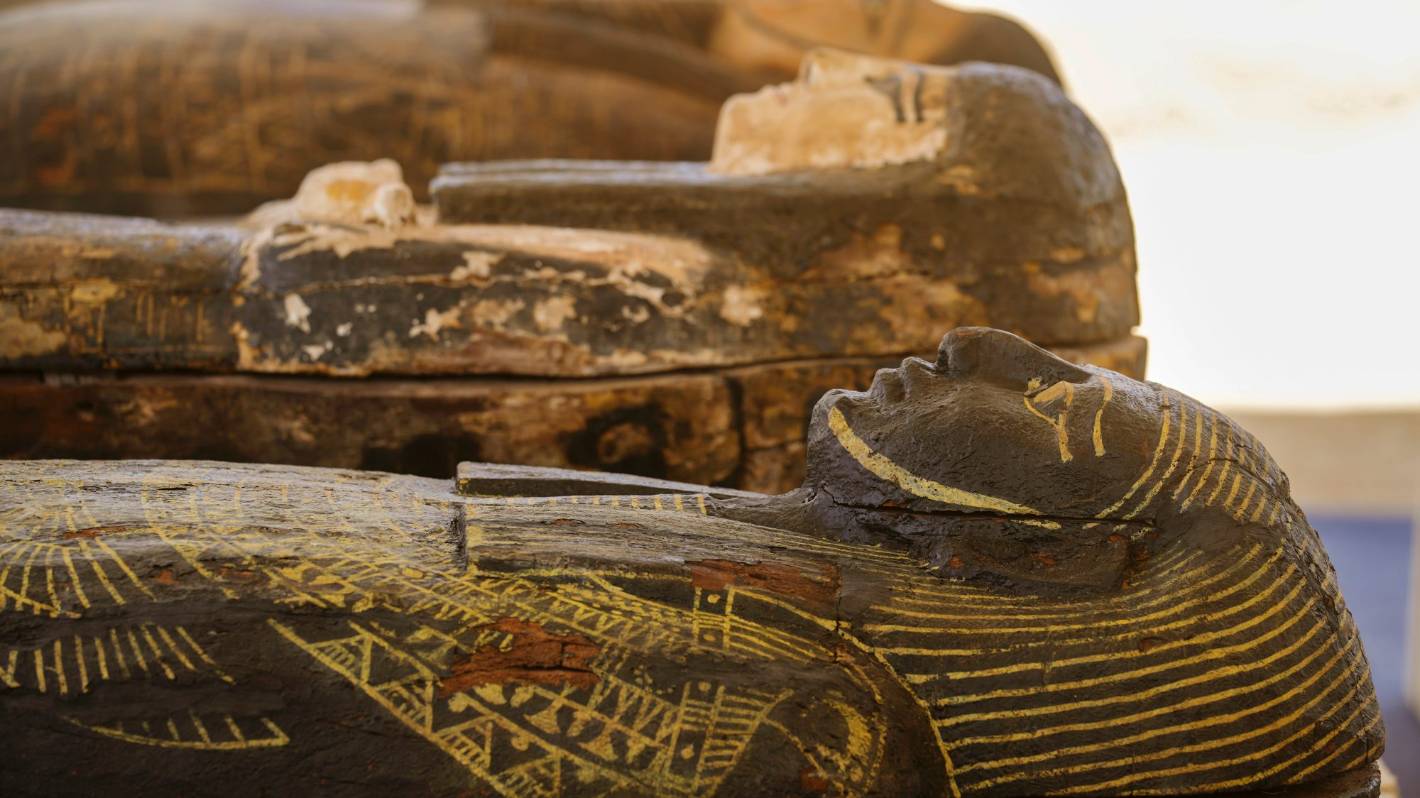 Egypt has exhibited a treasure trove of ancient artifacts dating back 2,500 years which, according to the country’s antiquities authorities, were recently discovered in the famous Saqqara necropolis near Cairo.

The artifacts were displayed at a makeshift exhibition at the foot of Djoser’s Step Pyramid in Saqqara, 24 km southwest of the Egyptian capital.

According to Mostafa Waziri, head of the Supreme Council of Antiquities, the find includes 250 painted sarcophagi with well-preserved mummies inside, as well as 150 bronze statues of ancient deities and bronze vessels used in Isis rituals, the fertility goddess in ancient Egyptian mythology, all from the Late Period, around 500 BC.

A headless bronze statue of Imhotep, the chief architect of Pharaoh Djoser who ruled ancient Egypt between 2630 BC and 2611 BC, was also on display.

The artifacts will be transferred for permanent display at the new Grand Egyptian Museum, a mega project still under construction near the famous pyramids of Giza, just outside Cairo.

The site of Saqqara is part of a sprawling necropolis in the ancient Egyptian capital of Memphis which includes the pyramids of Giza and the smaller pyramids of Abu Sir, Dahshur and Abu Ruwaysh. The ruins of Memphis were designated a UNESCO World Heritage Site in the 1970s.

Egypt has been heavily promoting recent archaeological discoveries, hoping to attract more tourists to the country. Its tourism sector, a major source of foreign currency, suffered from years of political unrest and violence following the 2011 uprising that toppled autocrat Hosni Mubarak.

The sector has recently begun to recover from the coronavirus pandemic, only to be hit again by the effects of Russia’s war on Ukraine. Along with Russia, Ukraine is a major source of tourists visiting Egypt.