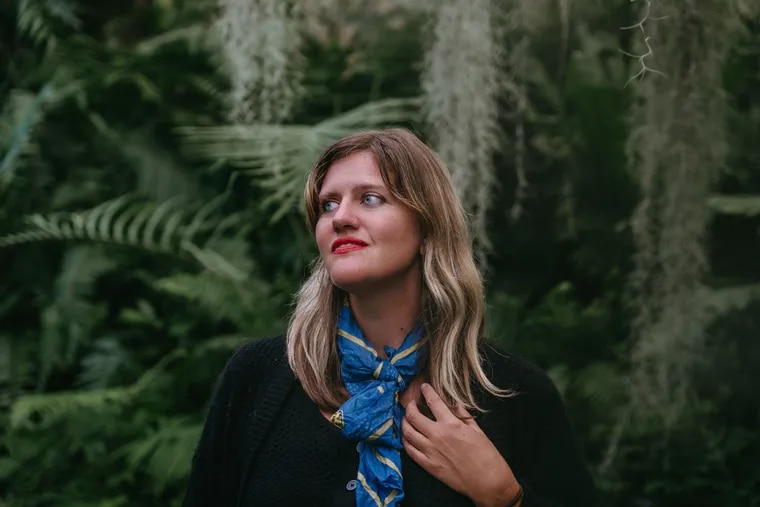 Harpist Mary Lattimore and guitarist Paul Sukeena lucked out in an ideal situation at a less than ideal time. Both recently transplanted from Philadelphia to Los Angeles, the two musicians became neighbors sharing a backyard garden as the pandemic hit. Their new west coast addresses were even located on a thoroughfare with a very familiar ring: West Kensington Road.

Lattimore and Sukeena had both recently left the Kensington/Fishtown area, having emerged from the fertile music scene that had developed there in the mid-2000s. Classically trained since childhood, Lattimore found a new direction for her harp playing after arriving in Philadelphia in 2005, where she performed with Kurt Vile, Steve Gunn and Meg Baird of the freak-folk group Espers, among others.

Sukeena ran in the same circles, co-founding the band Spacin’, recording with The War on Drugs and touring with Gunn before joining singer-songwriter Angel Olson’s band.

So when the two began a quarantine collaboration, there was really only one track that made sense for the resulting album. West Kensington was released May 20 on Three Lobed Recordings and features an evocative, immersive, and richly textured set of synth, harp, and guitar drones that may not directly pay homage to the Old Quarter, but are certainly an echo of freedom. musical and camaraderie that the pair discovered there.

“At one time in Philadelphia, it seemed like everyone I was friends with was trying to migrate to Kensington,” Sukeena recalls from her new home in Santa Cruz. “That’s where all the cool stuff happened. There were a million bands and a bunch of creative people living there amidst all this activity. So it was pretty crazy that when my wife and I moved to Los Angeles, one of the first places we looked at was on West Kensington Road. It was as if we couldn’t leave it, in a way – as if it was this current that was always going to follow us.

When the adjoining apartment opened in November 2019, Sukeena and his wife urged Lattimore to take it over. At the time, it was just a way to make sure a compatible neighbor would move in. Neither of them expected to spend much time there, after all; Sukeena was preparing for an extensive spring and summer tour with Angel Olsen, while Lattimore was preparing to release his new album, silver scales. Everyone knows what happened next.

“I’ve been so lucky to have these guys right there during the pandemic,” said Lattimore from Italy, where she was on tour in mid-May. “I live alone, so we have become a real family. I had very close friends that I could play music with, but I also had this Philadelphia connection. Paul and I could also sympathize that our entire livelihood was taken away from us.

They soon found an outlet for their new collaboration through a creative enrichment program for Nike shoe designers in Portland. Before the pandemic, she played the harp live for designers while a teacher demonstrated ikebana, the Japanese art of flower design. After the shutdown, Lattimore and Sukeena launched a weekly live stream for now remote workers. They were also enlisted to help score a Roald Dahl reading James and the giant peach which director Taika Waititi hosted with celebrities such as Meryl Streep and Camilla Parker Bowles.

These experiences led to the couple’s debut single, “Dreaming of the Kelly Pool” (another ode to their Philly roots), released last May. Over the summer, they embarked on a series of improvisations that became West Kensington. For early recordings, Lattimore mostly played synth, only later adding his distinctive harp as an additional layer of sound.

A wonderful friend of mine was out of town for the summer and had no air conditioning in his apartment,” she explained. “He was nervous about leaving his synthesizers behind and asked me to keep them. I didn’t want to translate my feelings on the harp during the pandemic like I usually do. I didn’t want to look into back later and associate the harp with the virus. I had more fun playing with these synthesizers because I knew I only had a limited amount of time with them.

View of Sukeena and Lattimore West Kensington as a snapshot of the summer they spent together in quarantine, though both refuse to call it a “pandemic recording.” The titles refer to memories of this strange summer: “Garage Wine” a successful house Syrah, “Didn’t See the Comet” a failed attempt to witness an astronomical phenomenon, “Hundred Dollar Hoagie” a timely delivery (but expensive) of expensive food at home.

“People always say, ‘That’s your pandemic record,'” Lattimore said. “It’s more like our friendship record. It is a journal of our adventures and dreams, the deepening of friendship and community, more than the clinical horror story of a plague.

In a way, it also looks back at a vital and creative moment in Philadelphia’s music history at a time when present-day West Kensington is going through a period of transformation. As Sukeena said, “I see New York Times securities [proclaiming Kensington] the hottest real estate market in the country and then calling it the main street of the opioid epidemic. It’s incredibly sad that people who suffer from it don’t get more when every square inch of the neighborhood is turned over and there’s a Lululemon on Frankford Ave. But Philly will always be there and its identity will remain strong. It’s a very proud and incredibly cheeky place.

Both artists have left West Kensington Road since recording the album. Lattimore is in a new apartment while Sukeena and his wife have moved to Santa Cruz, where he works for a craft brewery and the couple are expecting their first child. But both expect to continue working together and with the other expatriate Philadelphians they have met in and around Kensington.

As Lattimore sums it up, “Philly beyond Philly is the gift that keeps on giving.”